From Horses to Humans: My Unconventional Path to Nursing

I never imagined how particular moments in my life would bring me to where I am today. I remember wanting to be a veterinary technician — essentially an animal nurse — all through high school. I even shadowed a vet tech back then. But life took me in a different direction. 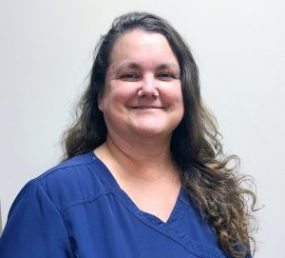 At the end of my senior year of high school, I decided to get married and raise a family. Five years later, my young son, Brandon, was run over by a tractor at the horse barn I was managing.

Once the tractor was removed, the farrier and I were able to get him to the emergency room — it was taking too long for the fire department to arrive. Brandon’s injuries were extensive — a crushed lung, broken ribs, and torn liver. After being stabilized, he was transferred to a trauma center where he was rushed into surgery.

For three days, the doctors were not sure he would make it, but then he started to improve. The doctors said he would be in intensive care for at least two months. But miraculously, he was able to walk out of the hospital eight days after the accident.

After Brandon’s recovery, I spent a lot of time thinking about how responding quickly to emergencies is so important. The whole ordeal with my son led me to consider becoming an emergency medical technician (EMT). But pursuing that path would have to wait. I still had three little ones to raise and an acreage to look after.

Thirteen years after graduating from high school, I began studying to become a vet tech. After so many years away from school, I was back in class with 30 other new students. Two years later, it was time to graduate, and the 30 students had dwindled down to just seven graduates.

After a couple of years of working as a vet tech, we moved to our forever home on 28 acres, and I got my chance to become an EMT. I joined the local McClelland Volunteer Fire Department and completed my training, but I didn’t stop there. I also became a firefighter!

Being a new EMT was intense, but exciting. Making new friends and joining a family of first responders was a great honor, and learning the ropes was incredible.

You cannot prepare yourself for every situation, but you go to each emergency call concentrating on how you can help when you arrive.

The worst call I went on was a house fire. Several departments responded. When we arrived, we found out an elderly woman was still in the house. Unfortunately, our efforts went from a rescue to a recovery.

It takes time to deal with some of the things we see, but doing what we love and having a great support system helps.

Sometimes there are funny moments. One night, I rode my motorcycle to the fire department after a bike event in town. As soon as I arrived, we were called to a multivehicle collision with a deer. I put my motorcycle away and jumped in the truck to head straight to the scene.

When we arrived at the site of the accident, I didn’t think about anything else but the patients — and I forgot that I still had on my motorcycle leather chaps. I rode all the way to the hospital with the patient in the ambulance and still didn’t notice my attire, that is, until the ER doctors got a glimpse of me. Their expressions were priceless! We had a great laugh about it later.

On to nursing — finally!

As time moved on and my growth continued, I became the Emergency Medical Services captain for our department — a position I held for 12 years. Yet, after several years as a vet tech and with the fire department, I felt something was missing. I decided to take the plunge and devote time to becoming a nurse for humans.

After a year, I was an LPN, and started my first nursing position as a triage nurse at a community health center in Omaha, Nebraska. Soon after, I was offered the perinatal nurse coordinator position and given full rein to make the OB program a success. It was invigorating, and I was building bonds with women, some of whom requested that I was present during the birth of their children. I was being allowed to share in their cherished moments — an experience I’ll never forget.

A few years later, I took an LPN position at a community health center only 10 miles from my home. I had set my sights on becoming an RN, but first I had to find the finances to do it. I found the STARS scholarship program through the Iowa West Foundation, a non-traditional scholarship program for parents and custodial grandparents, to help me pay for school.

I practically had to start from scratch, since almost none of my course credits from my associate degree in veterinary medicine transferred over. It took a while, but I earned my associate’s degree in nursing.

Given all that I had done during my time as a student, working two jobs, being a wife and mother, and taking care of all the farm animals, I feel good about my path.

Now, after three years of being an RN Team Lead, supervising medical assistants, and providing support for multiple medical providers, I love what I do and am doing my best for my patients.

Don’t get me wrong — I do sometimes miss being a vet tech full time, and yes, I still take care of my own animals — horses, cows, pig, chickens, ducks, geese, dogs, cats, and the occasional raccoon. But I am proud of where I am today. Everything I have done to this point has made me more a well-rounded person and a better caregiver.

Even though I have finally found my niche, I still continue on the fire department along with many other fun things in life like customizing a 1958 Renault Dauphine antique car alongside my dad who is working on his Studebaker. 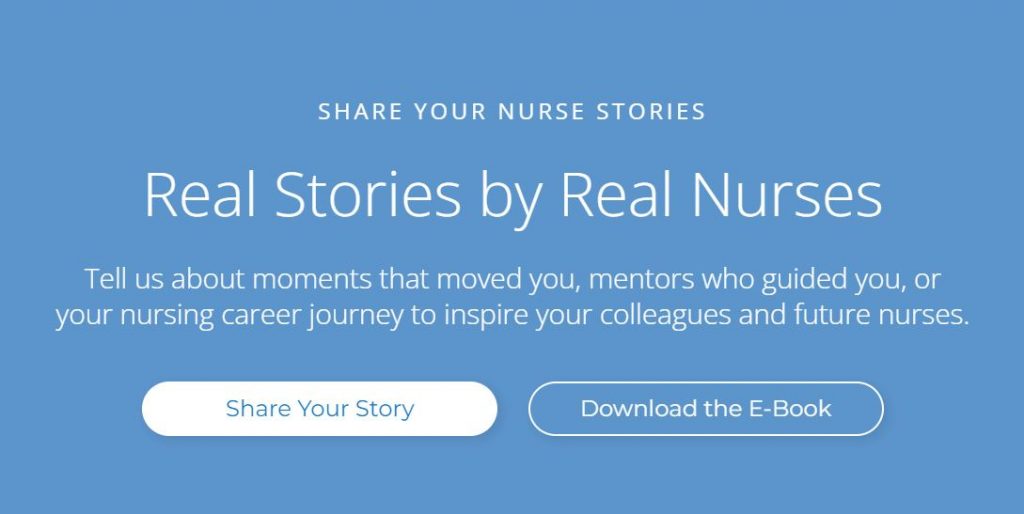 Julie Adkins, RN, ADN, EMT, is a team lead at a community health center in Council Bluffs, Iowa. She also continues to volunteer with the local fire department.