From a Frontline Soldier to the Frontlines of Nursing

I had no intention of ever being in the medical field, let alone joining the frontlines of nursing. 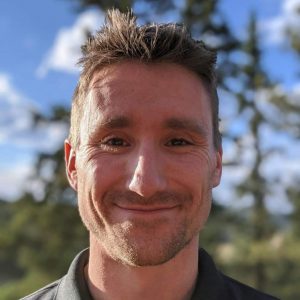 Growing up, I always believed I was going to be in the Army for my entire life. My father joined the Marine Corps in the ’70s, and my grandfather was in the 82nd Airborne and jumped into Normandy. My other grandfather was an Army engineer and was also there on the beaches of Normandy in 1944, and  my sister served in the Navy for over a decade. So, naturally, on my 18th birthday, I joined the Army, but my dreams of being in the Army forever didn’t last that long.

During my deployments, I served as a forward observer and was attached to an infantry battalion on the Afghanistan/Pakistan border. With a radio on my back that had a 12-foot antenna, I was an easily identifiable target.

I was in an unknown number of firefights and was injured by both IEDs and RPGs (rocket-propelled grenades). I honestly do not know how many blast injuries I have sustained. After nine years, I was medically retired from the Army. I felt lost and had no idea what I was going to do in life.

That same year, my best friend, Frank, was expecting a baby. One day, Frank, who had been by my side through the dark times of Afghanistan and during my exit from the Army, called me in tears.

His wife, Paloma, had experienced an amniotic fluid embolism. She was unresponsive, intubated, and had undergone an emergency C-section in a hospital elevator on the way to the OR. I arrived to be there for my friends just as Paloma was awaiting transport to the ICU.

I stayed to support Frank during this crisis, “sleeping” on two chairs in the waiting room when I was able. The next day, I suddenly couldn’t walk!

I couldn’t feel my legs or move without agony. I had to be transported to the ER and was sent for an MRI. My intervertebral disc had herniated so badly onto my spinal cord that the physician said it was the largest herniation he had ever seen.

The injury was a result of the injuries I sustained during my time in the Army. The disc had apparently been bulging for a long time and had herniated spontaneously.

For 10 days, I watched the nurses work and just made sure I was there if my friends needed me. But Paloma lost her battle.

I knew I had to be there for Frank and his family, even though I was fresh out of surgery and had developed cauda equina syndrome.

We were all devastated — the nurses included. The nurses who had cared for her made it a point to come to the funeral and share their condolences. This was when I realized what I wanted to do. I had been so lost, but through this tragedy, I found my new calling to become a nurse.

My new passion brought me from the Army, through school, then into the ICU. Prior to this, I didn’t even know what nurses did, but now I’m on the frontlines of nursing and I will never give it up.

CE Subscriptions Built for Your Convenience!

Ian K. Chapman, BSN, RN, is an ICU/PCU Charge Nurse/RN at Memorial Hospital Central in Colorado Springs, Colo. He has been a nurse for three years.